IRS Push Against the Wealthy Is All Talk, Little Action

A year and a half ago, in the fall of 2009, the IRS created a special new unit to examine “high wealth individuals” and the extent to which they were complying with the tax laws.

In an October 2009 speech announcing the new program, IRS Commissioner Douglas Shulman said that the purpose of the Global High Wealth Industry Group (GHWIG) was to “centralize and focus the IRS compliance expertise” on “high wealth individuals and their related entities.” To give prominence to this program direction, the new agency organization was established as an entire “industry” group. The five other industry groups cover large businesses in vast areas such as all of the financial sector, or all industries within heavy manufacturing and transportation, or everything within healthcare, pharmaceuticals, food and retailing.

While the creation of this new group appeared to signal that the IRS was going to launch an aggressive effort to single out high wealth individuals for special attention, very timely agency data shows that so far this has not been the case. In fact, through the end of March 2011, the information obtained by the Transactional Records Access Clearinghouse (TRAC) under the Freedom of Information Act (FOIA) shows that GHWIG has only managed to audit a handful of tax returns in its first 18 months: two (2) in fiscal year 2010 and only eleven (11) during the first six months of FY 2011 (see Table 1).

By comparison, all of the groups located in the Large Business & International (LB&I) Division — generally responsible for large businesses with assets of $10 million or more — examined 42,835 returns in FY 2010 and by the end of last month so far had audited 29,688 returns during the current fiscal year.

It is also clear that despite the agency’s somewhat assertive rhetoric, the IRS has very modest hopes for this new unit in FY 2011. This conclusion is based on an examination of two factors: first the number of revenue agents it has allocated to the unit compared with the rest of the LB&I Division and second, the administrative goals it has set for returns it expects the unit to examine. 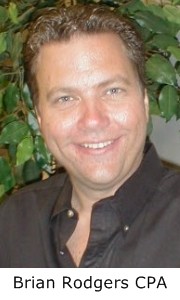